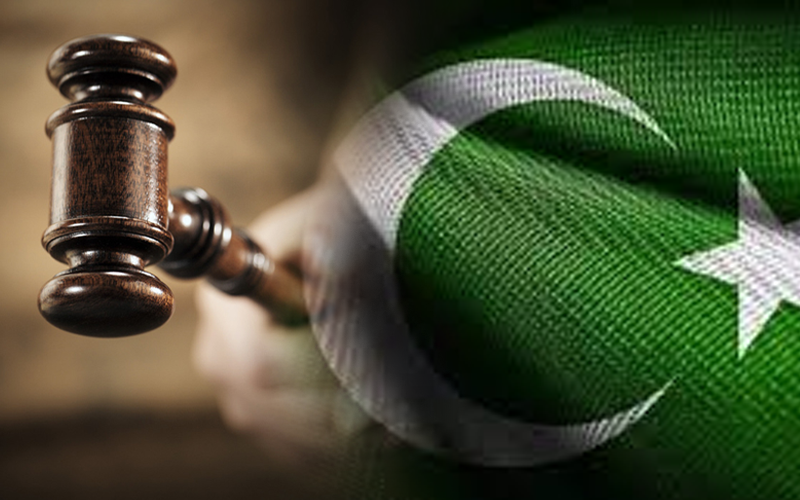 Pakistan has seen an active exercise of powers invoked under Article 184(3) of the Constitution on the pretext of Public Interest Litigation (PIL). PIL is litigation initiated to “advance a good cause or issue of public importance”, for instance, to improve the human rights situation and to protect them. Majority of human rights have been described in the shape of ‘fundamental rights’ in Chapter 1 Part II of the Constitution of Pakistan (the Constitution). Supreme Court of Pakistan (Supreme Court) has been given powers under Article 184(3) of the Constitution to pass an order “if it considers that a question of public importance with reference to the enforcement of any of the Fundamental Rights” is involved.

However, approach of Higher Courts remained different qua application of PIL. In some cases, opinions of members of the same bench were diverse. For instance, while hearing a case in Peshawar registry, Justice Qazi Faez Isa had a different opinion regarding Suo Motu powers over the issue. The matter involved the issue of disposal of infectious hospital wastes in the Province of KPK, wherein a report was called by the Honourable Chief Justice and a note was written by Director Human Rights Cell that if approved, notices be issued to all concerned. Justice Isa, questioned as to whether said Director was present before the Court to provide the material and explain as to whether jurisdiction under Article 184(3) could be invoked in the matter. However, as per order dated 08-05-2018, passed by Justice Isa, “the Hon’ble Chief Justice intervened and said that he will be reconstituting the Bench and suddenly rose up”. Consequently, bench was reconstituted consisting of only two members to adjudicate the matter. However, Justice Isa wrote his dissenting note, wherein he observed that:

Later on, the other member of the bench, namely, Justice Mansoor Ali Shah expressed his opinion in the following words:

“In my opinion, a bench, once it is constituted and is seized of a matter on the judicial side, cannot be reconstituted by the Chief Justice in exercise of his administrative powers, unless a member(s) of the bench recuses or for reasons discussed above. Therefore, the reconstitution of the two-member bench and the proceedings before the said bench on 9th May, 2018 in all the cases fixed before it is void and non-est. I agree with my learned brother Qazi Faez Isa, J. that the reconstitution of the Bench by the Hon’ble Chief Justice in the present case is unwarranted and unprecedented and undermines the integrity of the system”.

He further observed that:

“Reconstitution of a bench while hearing a case, in the absence of any recusal from any member on the bench or due to any other reason described above, would amount to stifling the independent view of the judge. Any effort to muffle disagreement or to silence dissent or to dampen an alternative viewpoint of a member on the bench, would shake the foundations of a free and impartial justice system, thereby eroding the public confidence on which the entire edifice of judicature stands. Public confidence is the most precious asset that this branch of the State has. It is also one of the most precious assets of the nation”.

The verdicts passed by the two judges regarding reconstitution of bench are appealing for two main reasons. Firstly, as stated by Justice Isa, Supreme Court has the right to analyse as to whether a matter falls within purview of a “a question of public importance with reference to the enforcement of any of Fundamental Rights” and secondly, said view cannot be formed by an individual unless decided by majority, in case of more than two judges.

Moreover, in the Chief of Army Staff (COAS) Extension case, the Supreme Court assumed the jurisdiction under Article 184(3) of the Constitution. Brief facts of the case are that the Prime Minister appointed the current COAS for another term of three years through his order dated 19.08.2019. Thereafter, the President on the advice of the Prime Minister granted extension for one further tenure of three years to the COAS w.e.f. 29.11.2019. The same was challenged through a petition filed under PIL on the ground that it is offensive to Article 243(4)(b) of the Constitution, urging the Court to strike it down. The petitioner though did not appear on the first date of hearing and a handwritten application on his behalf was filed, seeking permission to withdraw the petition. The same was rejected by the Supreme Court while stating that:

Be that as it may the petition in hand invokes Article 184(3) of the Constitution and the subject matter of the petition involves a question of public importance with reference to enforcement of fundamental rights and, thus, the individual capacity of the petitioner pales into insignificance even if he decides not to pursue the present petition.

In this case, apparently, no alternate remedy was available before any forum and the issue could only have been discussed by the Supreme Court. While analysing the approach of Superior Courts and to bring harmonisation with regard to powers to be exercised qua PIL, it is necessary to settle some principles on the basis of which such powers can be exercised. Although, no ‘rigid litmus test’ can be applied qua PIL but some core principles are necessary to be observed, which shall include, observance of the provisions of the Constitution; acting bona fide and observance of right to fair trial of the parties. Right to fair trial includes many aspects in itself, but in PIL, it becomes directly affected if a party loses any judicial forum at lower level or if any direction or observation is passed in PIL which affects his case before trial, or any other court. Therefore, in my opinion, PIL can be initiated in a case where no other remedy before any other judicial forum is available, so that the right to a fair trial of either of the parties is not violated.