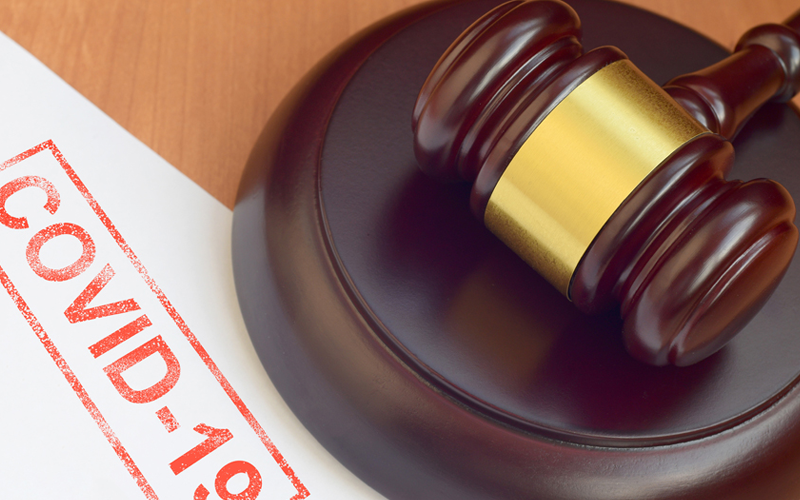 The subject of law deals with social realities; it applies in a context; interpreted and understood in a specific situation. The criminal law regulates human conduct by defining offences and prescribing its punishment. The lawmakers promulgate new laws with a careful appreciation of social realities. Those who enforce the law must reasonably understand the law and rules they are called upon to enforce. Flawed legislation or its arbitrary enforcement limits the rights and liberties of the people.

The government of Punjab has recently promulgated the Punjab Infectious Diseases (Prevention and Control) Ordinance 2020 (Ordinance) for prevention and control of infectious diseases. Handling an epidemic with an aggressive legislative instrument is a necessary move, indeed. However, such legislation must meet two requirements: first, it should strike a balance between the right to livelihood and the right to protection of health; second, it should ensure that fundamental rights of the people are not undermined. The Ordinance seemingly fails to meet these requirements.

One. The Ordinance ignores social realities such as poverty and unemployment. Under Section 5 of the Ordinance, a person may be required to abstain from working or trade; his right to movement can also be restricted. It means the people (including the extreme poor) can be compelled to stay home even without adequate financial government support. The government’s initiative to help the poor through the Ehsaas Emergency Cash Programme promises a nominal amount that hardily meets the needs of any family. Whereas, the Ordinance authorizes arrest and detention of the people which may lead to a conviction up to three months and a fine up to Rs50,000. On repeated violation, a conviction may be increased to a term up to one year or a fine up to Rs100,000, or both. For running away from the place of detention, up to eighteen months; and in case of a body corporate a fine may be imposed up to Rs300,000. These stringent penalties, absent adequate financial security, may frustrate the poor creating an anomalous behavior.

Two. The Ordinance empowers the government to require doctors and government servants to perform their duties without providing protective equipment. Section 4 of the Ordinance envisages the imposition of a duty upon all registered medical practitioners and health facilities to treat cases of infection or contamination. Section 5 requires government servants such as police officials to monitor and control public health risk with a simple precaution that a person may be required to wear specified protective clothing. The violation of these obligations attracts strict punishment. The performance of these obligations, without the provision of essential personal protection equipment, may expose doctors and police to serious health risk. It may lead to incidents of defiance and torture as it has happened in Quetta when doctors are baton-charged and imprisoned on their rightful demand for safety gear.

Three. Section 14 of the Ordinance obliges every person to inform to a notified medical officer as to the infectious disease of any person under one’s care, supervision or control. Considering uncertain symptoms of the epidemic it may not be necessarily possible for a non-medical person to ascertain the symptoms and report the occurrence of disease to the relevant officer.

Four. The Ordinance seems unnecessary when federal laws such as the Pakistan Penal Code, 1860 (PPC), and the Code of Criminal Procedure, 1898 (CrPC), provide effective substantive law and procedural mechanism to handle any emergency. Section 269 of the PPC provides a penalty up to six months or fine or both for a negligent act likely to spread the infection of any disease. Section 144 of the CrPC empowers district administration to issue orders in the public interest that may place a ban on an activity for a specific period.

Five. The Ordinance seriously affects the right to life and liberty of the people that are protected under our constitution. More so, Section 26 of the Ordinance bars any civil or criminal remedies before any court against the action taken by government servants. There is no denial of the proposition that necessary restrictions can be imposed on fundamental rights in times of crisis. But it has to be done under a valid law. The content of the law which governs the life or liberty of the people must meet the requirements of the constitution. The Ordinance fails to ensure the right to life (the means of subsistence) and the right to dignity of man (the protection from misuse of the state powers).

Six. The Ordinance further undermines the rights of the people while conferring extensive powers on police without training. When the content and scope of any law is imprecise the risk of its abuse is undeniable. The beating up of doctors in Quetta and citizens at other places in the country confirm that the use of power without training and responsibility leads to the violation of rights. In principle, the authority of government servants is not unlimited. They must know the limits provided under the constitution—ignorance of what a person is supposed to know is not an excuse. If a public officer disregards or ignores such limits he commits a fault, which cannot be protected under the bar provided in the Ordinance. Briefly, the Ordinance should be substantively revised to provide enhanced measures for the protection of fundamental rights of the people. In any case, a federal law aiming to combat the pandemic in a coordinated and most effective manner should be promulgated. It should clearly define what constitutes a ‘negligent or unlawful act’. In other words, it should distinguish ‘safety precautions’ from ‘legal obligations’ enabling police to appreciate their limits while applying the law.